Peter is interested in the benefits of NVQ for the companies and where the concept of NVQ comes from. 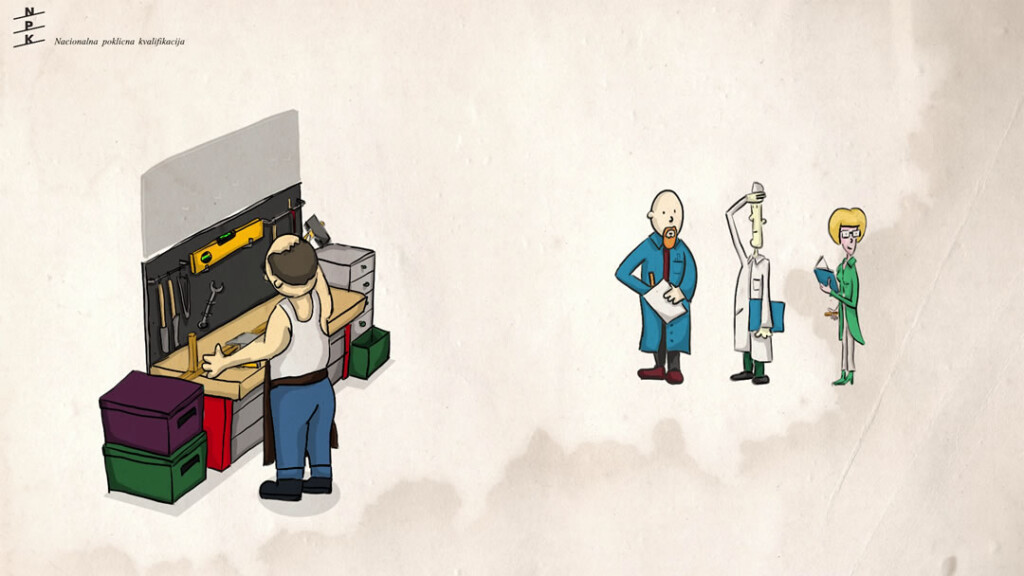 The primary objective of the NVQ system was to certify industrial workers without any formal qualifications; over time, by aligning the national education system and the national education policies with the European guidelines, the NVQ system increasingly assumed the role set in the European guidelines for the recognition of non-formal and informal learning. Today, the NVQ system is the most established way of evaluating the effects of non-formal and informal learning; the evaluation procedures are carried out in a high-quality fashion, since its operation is regulated at the national level.

Numerous Slovenian companies use NVQ to quickly obtain official documents for the development of the careers of employees who already have a job, and for employing new employees, since the NVQ system allows for the possibility of taking into account work experience and non-formal education.

The NVQ certificate is not only useful when it comes to staffing. Official validation of employees’ work experience and skills also contributes to their better motivation and efficiency at work, as well as to an increased competitiveness of the company on the market.

We use cookies to make it easier for you to use our website. By using the site, you agree to the use of cookies. Read more